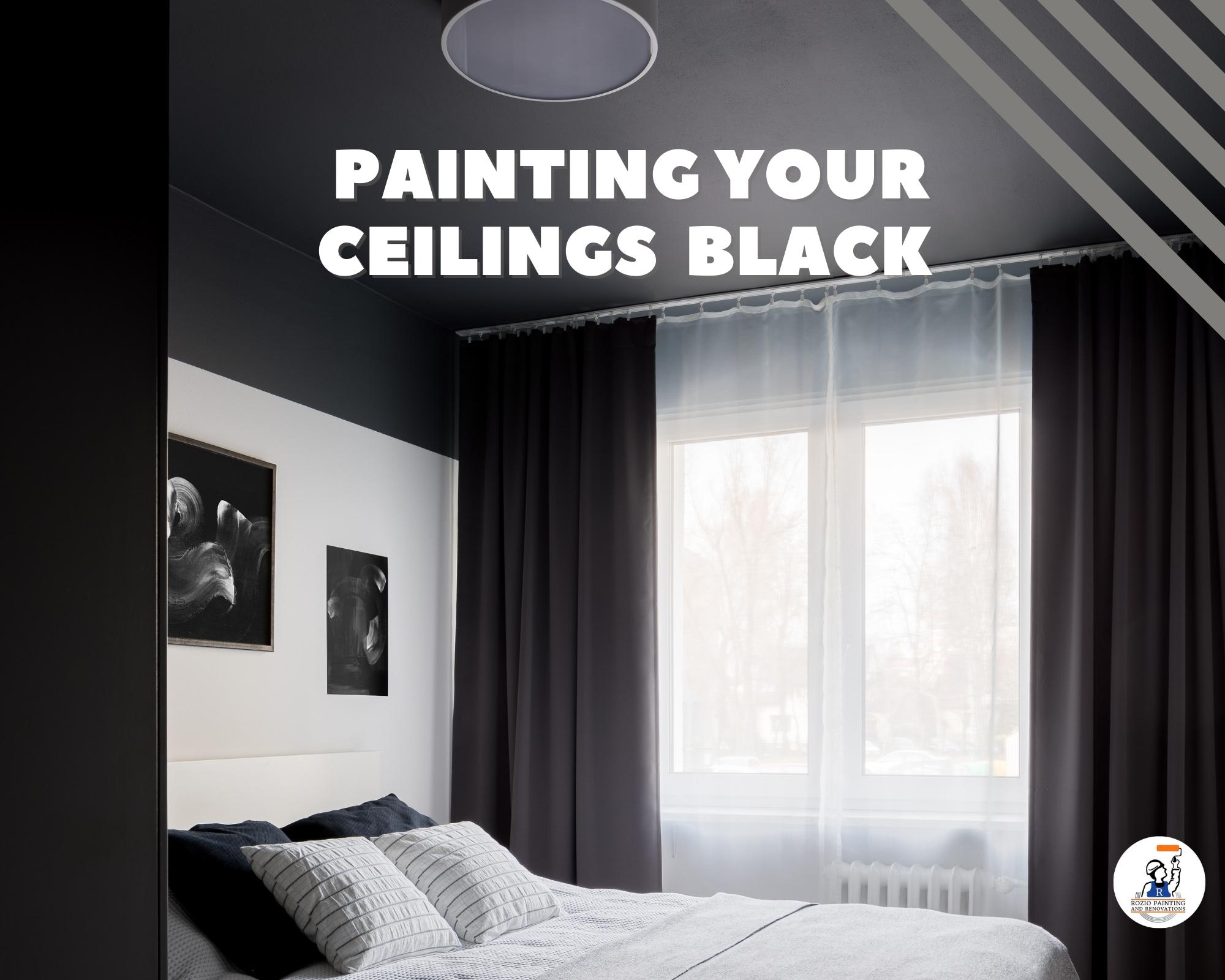 Why black ceilings? A dramatic coat of black paint on your ceiling can help you design around tall, soaring ceilings while still making the space feel warm and inviting. A black ceiling can also help existing architectural details stand out or hide unattractive basement fixtures.

How to paint the ceiling black?

While painting a ceiling is similar to painting a typical wall, there are a few things to bear in mind when dealing with such a dark color.

Does a black ceiling make a space appear larger or smaller?

This is an obvious question that many individuals have when considering painting their ceiling a deeper hue. Dark paint colors make rooms appear smaller, according to a design myth that has been around for as long as we can remember.

However, nothing could be farther from the truth.

A black-painted ceiling can make a space appear larger when designed properly and matched with brighter colors and textures to balance out the area's contrast. When the eye is attracted to notice such a powerful statement, the illusion is created that the walls seem taller than they are.

Partly completed basement ceilings frequently conceal clunky ducting, ugly pipes, and architectural bracing that you'd prefer not to see. If you spend a lot of time in your basement, you don't want to have to gaze at an unsightly ceiling all the time. Spending money on drywall that lowers the height of your ceiling is a waste of money. Including your basement ceiling in your list of rooms for a professional interior painting project is a cost-effective way to fix the problem without sacrificing headroom.

A black basement ceiling is fantastic for hiding hidden stains and spots, as well as all the stuff that runs along with the ceiling. Exposed ceilings are currently fashionable. An industrial vibe can be achieved with a fresh splash of black color.

For individuals that have a home theatre idea in their basement, a black basement ceiling can also aid with functionality. A projector and black speakers can be blended with the dark hue.  A dark ceiling allows you to focus on the film you're watching instead of what's happening above your head.

If you are planning to paint your ceiling black, contact the Interior Painting Contractor in Litchfield, CT